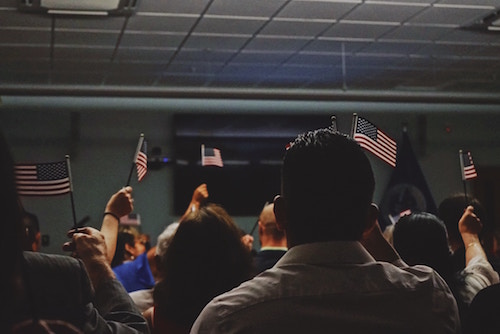 My parents immigrated from Portugal to Canada, where I was born and raised in a large Portuguese immigrant community. I now have been living in the U.S. for 20 years.

The phenomenal work ethic of my community was a great source of pride. It inspired me to work as hard as I could, as my parents did. I became a lawyer and earned an MBA. My spouse is also of Portuguese descent and was born and raised in the U.S. His background is exemplary of the same immigrant values and motivations.

My spouse and I were able to accomplish our goals, despite the fact that our parents came from very modest backgrounds. None of them graduated from high school or even spoke English at the time of their immigration. It is a common story, shared by so many immigrant children.

I was able to grasp the opportunities my parents worked so hard to provide. However, my quintessential hard-working immigrant success story still does not address a very important factor: I live with bipolar disorder. The mental health challenges that immigrants face are the part of this story that need to be addressed.

Immigrant communities encounter many challenges including discrimination such as being told to “go back to your own country,” language difficulties as many immigrants don’t speak English upon their arrival, lower access to healthcare due to lower paying jobs without benefits and visa issues as some immigrants are undocumented, among many others. There is also the added challenge of isolation from the larger national community. Many immigrant families live within or very close to their immigrant community, which may reinforce a sense of separation.

Coping with thesechallenges can lead to mental health issues or mental illness, particularly for those with a pre-existing biological vulnerability to a mental illness.

In some immigrant communities, mental health concerns are actively ignored and people are discouraged from seeking help. Their reluctance is often out of fear that others might find out or due to high treatment costs. Some cultures also have alternative treatment approaches to mental health care such as herbal remedies or spiritual practices. For example, some communities use culturally rooted practices of mindfulness and meditations or religious practices such as prayer.

Stigma In The Community

In the Portuguese community where I grew up, mental illness was highly stigmatized. Women and men were reluctant to speak about it. If and when women expressed emotional concerns, they were quickly dismissed. Men never talked about emotional concerns since community perception was that strong men should not be emotional. Talking about mental health outside the home was prohibited. Family members also heavily gossiped in our close-knit community, causing people to be guarded or secretive.

Growing up, I never heard anyone in the Portuguese community talk about mental health, including my parents. I was shocked to be diagnosed with a mental illness many years later. Upon reflection, I think I showed signs of mental health issues as early as high school, but neither I nor my parents knew how to identify it, much less how to seek help. Parents can play an important role in the mental health literacy of their children, but often immigrant parents are not in a position to help.

Common stereotypes of immigrants—that we are less educated, more blue-collar, more conservative—can adversely impact our mental health. To avoid these perceptions, we sometimes disassociate ourselves from our immigrant community. This may lead to a loss of network support, which is another risk factor for mental health issues.

Missing The Sense Of Belonging

We may feel that we’re not accepted here in the U.S., but in our parents’ homes, we’re also regarded as foreign or “American.” So we don’t have a clear identity of who we are. This can be troublesome for our mental health. The greatest sense of belonging I ever felt was with descendants of other Portuguese immigrants. A sense of belonging can be critical to good mental health, and at many times we lack it.

A Lack Of Cultural Competency

As an adult, I have been treated by several doctors and therapists for my mental illness. I have never been asked about my cultural background by any of my therapists. When I have raised my cultural upbringing and experiences, they have been minimized, misunderstood and dismissed so many times that I don’t even try to explain it anymore.

The challenges are even greater for those who cannot speak English. If and when they see a therapist, it can be incredibly difficult to express emotions in their non-native language. Translation can help, but a therapist might need stronger understanding for cultural context to really help a patient. Different dialects can also complicate translation. Many immigrants are far less likely to seek treatment or trust health care providers due to a lack of cultural understanding and competency.

In the depths of my depression, I believed that God was angry at me, punishing me. It was at these times that my suicidal ideation was greatest. It would have really helped to speak to a faith leader who could have reassured me that I was wrong, but I didn’t know who to turn to, as many faith leaders do not discuss mental health. I don’t recall a single sermon in my many years of weekly Sunday masses that discussed mental illness. And some faith leaders, when presented with emotional concerns, guide their followers to prayer or to “pray it away.”

We can promote greater understanding and compassion of the unique challenges immigrants and their children face. It is indisputable that immigrants make tremendous contributions to our adopted country, and they—and their mental health—should be acknowledged, respected and valued.

Author’s note: I would like to dedicate this blog post to Hispanic immigrants and their children and Hispanic migrants. I have been profoundly saddened by current events, especially the treatment of children. I pray for them.

Katherine Ponte is a mental health advocate and entrepreneur. She is the founder of ForLikeMinds, the first online peer-based support community dedicated to people living with or supporting someone with mental illness illness and also offers Recovery Coaching. She is in recovery from Bipolar I Disorder. She is also on the NAMI New York City Board of Directors.